Where to go if you miss Harry Potter 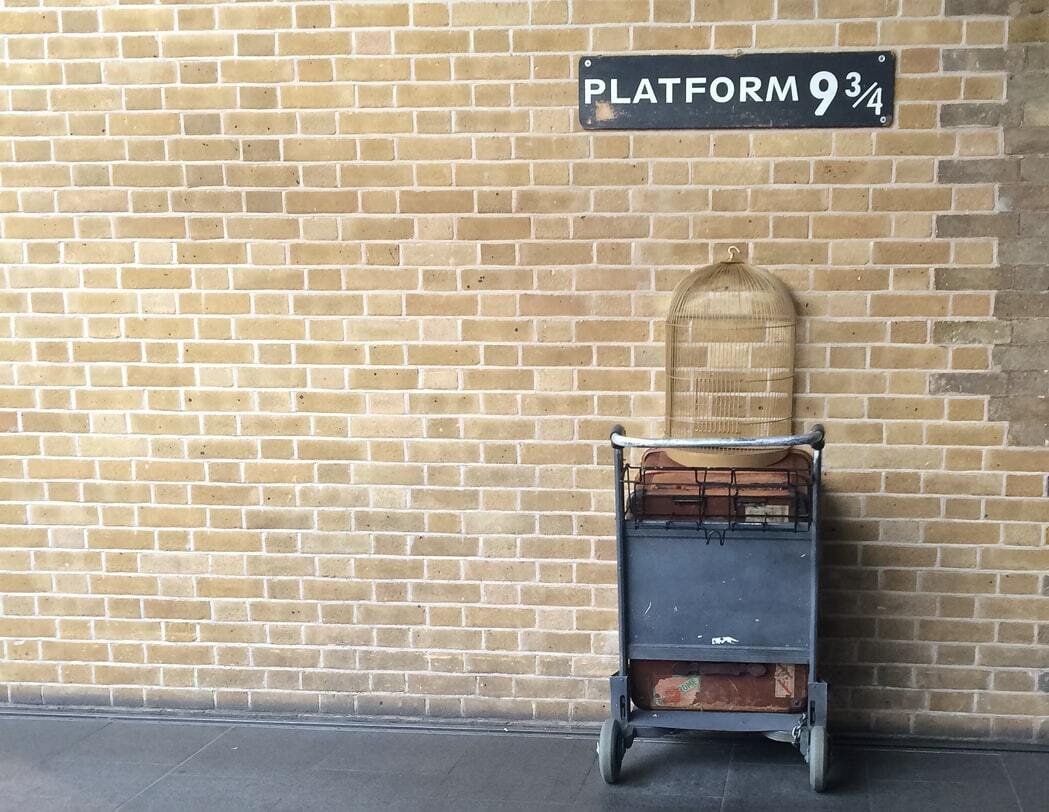 Arriving at Heathrow? Go downtown to Piccadily Circus station and the first place to go is Australia House (Strand, London WC2B 4LA). It's a working building, now housing various Australian government bodies, and at one time housed an Australian bank.

The embassy's white marble interiors were used to recreate Gringotts, the only bank for English wizards. The embassy is open only on weekdays from 9 a.m. to 5 p.m., and the interiors can only be viewed from the street. But it's free.

A half-hour walk away is King's Cross station with the very platform 9¾. If you're short of time in London you can stop for a picture with a cart, but the mecca for fans of the series is the Warner Bros studio in Leavesden (Studio Tour Drive, Leavesden, WD25 7LR).

The studio can be reached by train from Euston Station, closest to King's Cross: go to Watford (Watford Junction station) and from there take a shuttle to the pavilions themselves. The tour costs £40 for kids and £50 for adults and should be booked in advance to make sure you don't get lost. Tours of the studio are conducted daily from 10:00 to 16:30. More entertainment in the Hogwarts universe can be found only in Orlando.

Another magical suburb is Oxford. Some of the scenes were filmed in the city's libraries, and the images of Hogwarts hospitals were drawn from them as well. But the main place for a Potteromaniac in the city is Christ Church, St. Aldates, Oxford, OX1 1DP; it became the prototype of the Great Hall at Hogwarts. You might have seen these interiors even if you've never seen any of the movies.

A visit to the church costs £16 and you can go on a tour from 10 to 16 on weekdays. It's not sure that they will let you see everything you want to see. It takes about an hour to get to Oxford from Paddington or Marylebone stations or from Victoria Station. U.S. citizens do not need a visa for tourist or business travel to the United Kingdom for a stay up to 6 months. However, valid U.S. Passport is required so if you want to get your U.S. Passport ready to your trip fast and without any worries Visa Express Inc. will make all necessary staff for you at low price.

For the most magical experience, head to Scotland. This is where Harry Potter was written - you'll see exactly what inspired J.K. Rowling there. Hop the streetcar from Edinburgh airport which takes you to The Elephant House Cafe in 45 minutes. This is where Harry Potter was written; the place uses the story extensively, so it has its own gift store. It's also covered in thank-you notes for the books.

The most inspiring thing about Scotland is the scenery. The cliffs, valleys and fog remind us of fantasy and fairy tales. Edinburgh, with its rolling hills and medieval ambience, is a minimum program to feel the magic.

Scotland itself also filmed episodes from the movie. For example, the train to Hogwarts passes through the Scottish Highlands area. To ride the viaduct on the train in which Harry showed his scar, get train tickets from Fort William to Mallaig. Tickets cost from £8 for morning and evening trips to £15 for an afternoon trip. Travel time is about an hour and a half, and there's a souvenir store in one of the train cars, too. American citizens travelling to Scotland, England, Wales or Northern Ireland do not require a visa, but will need a valid passport. Before your journey to the lonely and abandoned cities you should check if your U.S. Passport is ready for your trip. If you need to renew your passport see more information here.