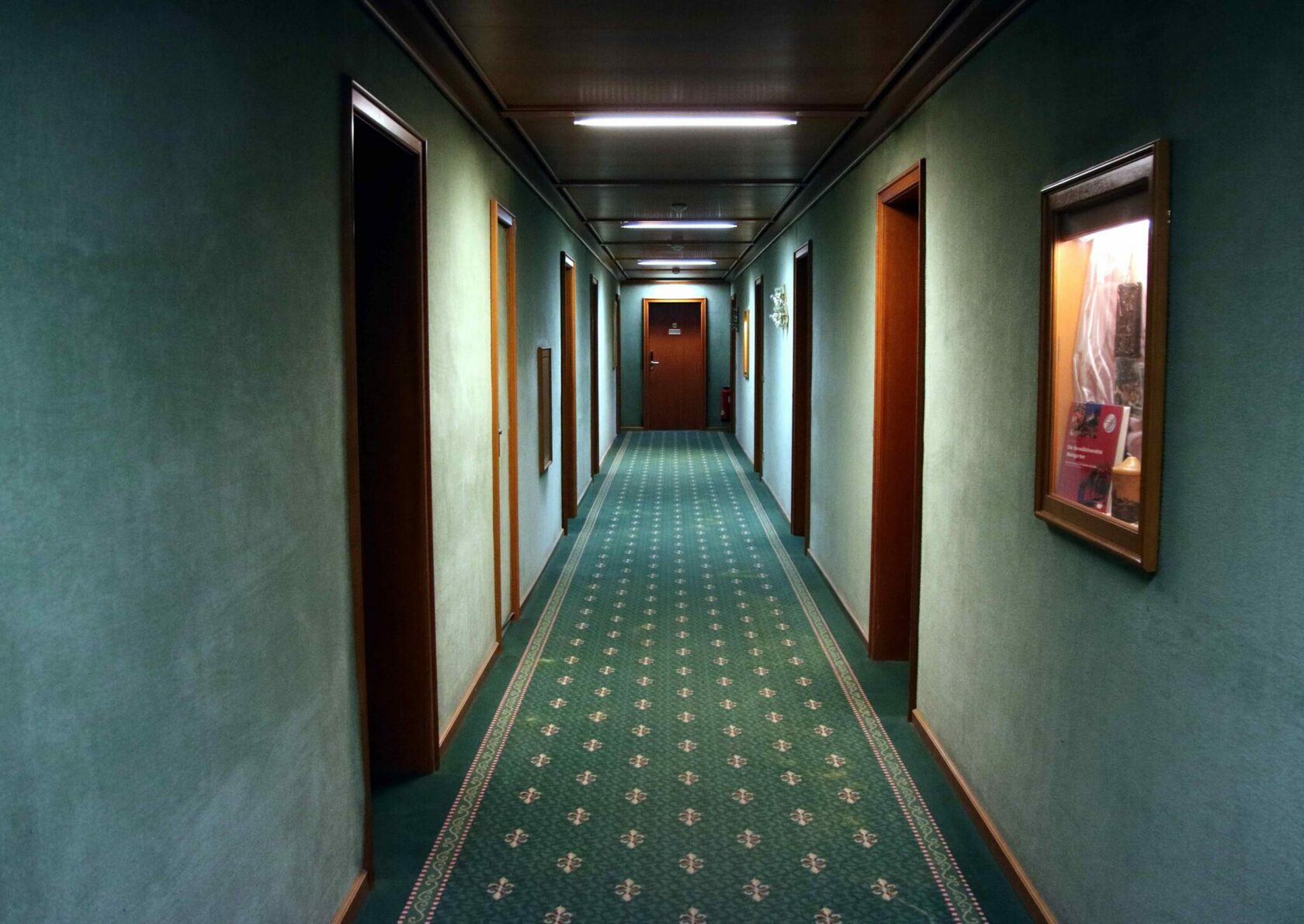 Remember the obligatory shot of almost any American horror movie? When there's a dark, scary place you obviously shouldn't go, the main characters look over and head that way? A law not just of movies, but of life.

Everything paranormal evokes a quiet terror and at the same time a desire to experience indescribable adrenaline. In our selection, we will tell you about the hotels, where in addition to the reception and the porter, there are their own ghosts. Be careful, you may not be the only guest in the room.

Attention! All stories may be just stories from hotel owners and guests.

The hotel is located in the 18th century Arabian fortress on the top of the mountain. And like any ancient building - it has a legend. Not surprisingly, the hotel, with its soothing view of the Andalusian landscape, is home to... ghosts.

One day, a guest in room 22 called the front desk and complained about knocking on the door and the endless crying of a woman. When he opened the door, no one was on the doorstep. Other guests often complained of moving furniture and sobbing. And some even noticed a beautiful tall woman in Arab attire and a scarf watching them from a corner in the corridor.

In the 1980s, a team of paranormal researchers (yes, something like Ghost Hunters) were summoned to the hotel. It was they who discovered the spirit of that very weepy woman, Jasmine, dwelling in the hotel. She was murdered in the fortress centuries ago. Also once in the fortress during his imprisonment from starvation died a prisoner. But unlike the ghost of the lady, he is quiet - just wandering around in the corridor and not disturbing anyone. Apparently, he's looking for food. If you you are interested in visiting such place as Parador de Jaen and you need your U.S. Passport be ready for the trip fast, our team at Travel Visa Express Inc. will arrange it for you at the best possible price and always on time. More info

Built in 1865 the hotel is not just famous for its Victorian decor and size, nor for the suites used by Arthur Conan Doyle, Mark Twain and Oscar Wilde. Far more interesting were the ghostly guests who periodically appeared on its territory.

During World War II the army was based there, the hotel was later bombed and then it was closed altogether. Then the BBC moved into the building. That's when the first meeting with the ghost took place. In the middle of the night in room 333, where the newscaster lived, a ball appeared and slowly incarnated into a man with empty eye sockets in Victorian clothing. When the announcer asked what his uninvited guest wanted, the man only began to move toward him, opening his arms. The frightened employee ran after his colleagues, and when everyone came running to the room, the ghost began to gradually evaporate. As it turned out, the spirit belonged to a gray-haired doctor who had committed suicide within the hotel walls. Shortly before, he had murdered his wife during their honeymoon. A guilty conscience plagued him.

The other ghost belongs to a German soldier who just took to throwing himself out of a window before World War II. It likes to wander through walls and closed doors.

The new birth of the building as a hotel occurred in 1991, but the ghosts kept appearing.

In 2003, a guest simply checked out of her room early and without explanation. The managers later received a letter telling them that her bed had been shaken all night and she had seen a ghost.

Other visitors had noticed the vague outlines of a ghost lackey. One lady even complained to the reception that the luggage she had given to the strange employee had never been delivered to her room. When she described what he was wearing, the managers were amazed: such uniforms were worn 80 years ago. The suitcase was found where the guest handed it to the footman.

And for dessert: the basement was besieged by the ghost of Napoleon III, who spent his days in the hotel after his exile from France.

The Swedish story of Romeo and Juliet: centuries ago there lived a peasant boy who fell in love with the daughter of the baron, the owner of this enormous country house. Upon learning of his daughter's affair with a low-class boy, her father married her off to a wealthy older man. The heartbroken lover could not stand it, and on his wedding day he hanged himself in the room, which is now number 324.

Noises could be heard in the room, windows and doors could close and open on their own, and often guests would discover the shapes of a young man wandering aloof in his surroundings. we decided to remind you that U.S citizens do not need a visa to visit Sweden if the visit is 90 days or less. However, your passport should be valid for at least three months beyond the period of stay. If you need to renew it see more information here.

For decades opera singers, poets and politicians have stayed at this hotel in the heart of Florence.

Italian dictator Benito Mussolini also stayed here and left a souvenir of his spirit. Often guests feel the icy breath around their faces and the unpleasant feeling that they are being watched. Everything is attributed to the leader of the fascist party.

But that's not the only thing that's disconcerting about the hotel. You may see the ghost of a girl running around the lobby or a maid walking around. And an elderly woman may be found knitting in a chair. To this day, no one can explain to whom these ghosts belong.