4 spooky and beautiful ghost towns in the world 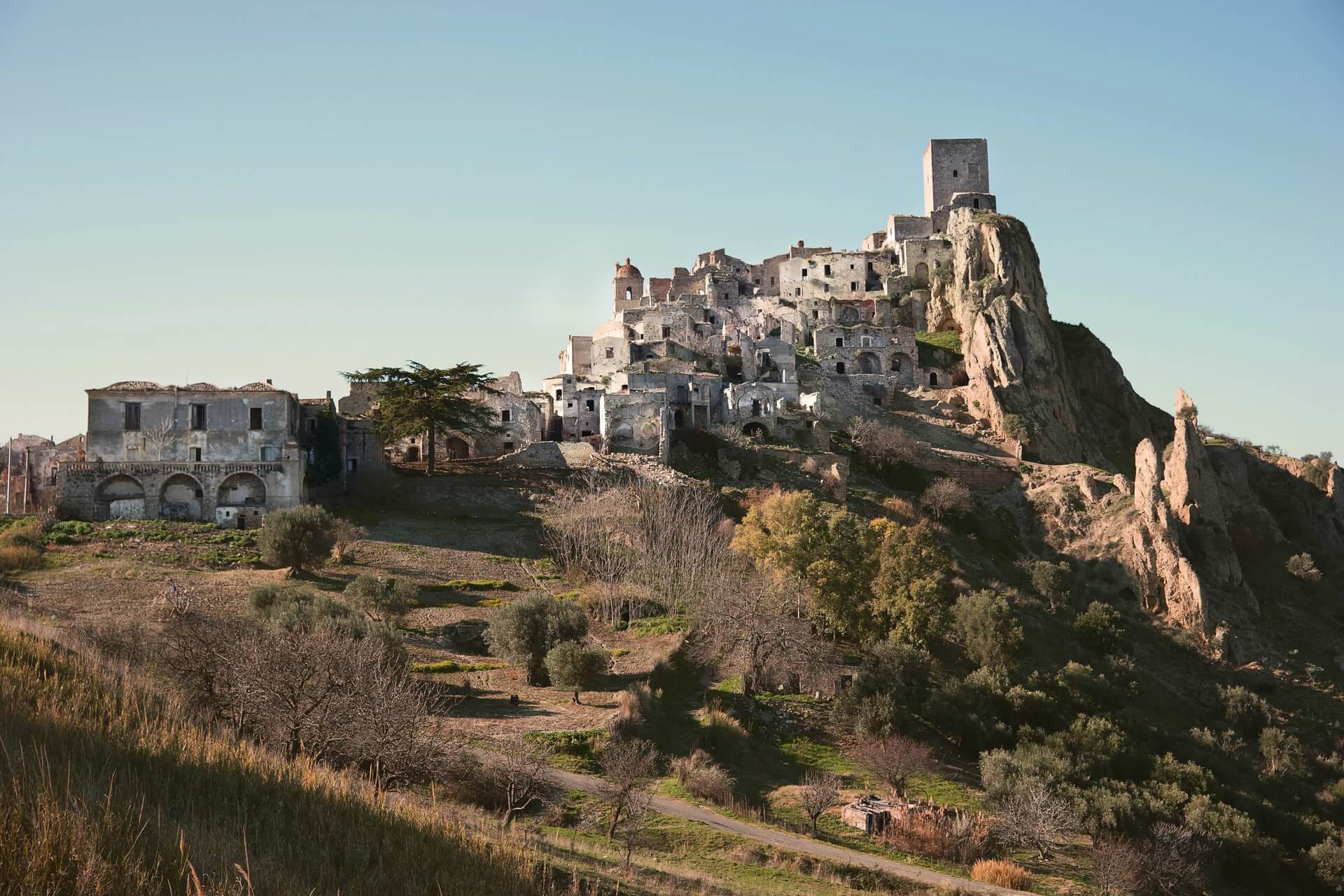 Everyone interested in travel has probably seen these photos at least once in their lives. An ornament of rooms with colored walls, and inside, sand, sand, sand. The colors are like a dream or a Dali painting. Colmanskop was one of the richest cities in Africa. Then it was given to the Namib Desert.

In 1908, a local worker, Zacharias Levala, discovered diamonds here. Diamond fever gripped minds and hearts. The place became buzzing - and just as quickly, by 1956, it was completely abandoned. The heyday of the town lasted 10-20 years. Mostly Germans came here. They built Kolmanskop, based on the model of German towns of the time. Despite the fact that the town consisted of a couple of streets, there was a casino, a ballroom, a brewery and a stadium.

Today, the ghost town is located on the territory of Spergebiet, the "Forbidden Zone," also known as "Diamond Zone No. 1." The land belongs to a diamond mining corporation. You need a special permit to enter such places.

But in the case of Kolmanskop the issue is solved simply: there are almost certainly no diamonds here, so you can buy a pass at the gate at the entrance to town or take a guided tour from Lüderitz. Before your journey to the lonely and abandoned cities you should check if your U.S. Passport is ready for your trip. Visa Express Inc. will make all necessary staff for you at low price.

Kayaköy is an open-air museum city near Fethiye, Oludeniz, and Hisaronyu. Picturesque ruins, a corner of silence near the hustle and bustle of popular tourist spots. Abandoned stone houses, chapels and stores are chaotically scattered on the slope of a green hill. If you've seen the movie "Water Seeker" with Russell Crowe, you'll easily recognize the scenery.

Attendance is alternately paid and free, depending on whether or not someone is at the entrance. Either way, the fee is small, about 40 Turkish Liras. The walk will take two hours - don't forget the water. By the way, the famous Lycian Trail also goes through Kayaköy. So the place is uninhabited, but not deserted. If you are interested in visiting Turkey you can read more about its visa here.

Although the old settlement itself is abandoned, there are many cafes and restaurants at the exit. And it's easy to get there by dolmus (Turkish shuttle bus) or a regular cab from Oludeniz or Fethiye.

This Italian town may also seem familiar to movie buffs. It was the setting for movies like King David with Richard Gere, The Passion of the Christ with Mel Gibson, Quantum of Solace with Daniel Craig as James Bond. The place is incredibly picturesque, but, alas, abandoned by its inhabitants.

Krako was once a feudal town and a major monastic and educational center with a castle, university, church and beautiful squares. But first mass immigration to North America in the 1920s and then natural disasters like earthquakes and landslides by 1980 made it uninhabitable.

Today, Krako is ransacked, abandoned, and virtually inaccessible to the public unless you're lucky enough to find a knowledgeable local guide who can get you inside. Almost all the houses have become ruins, but several authentic old buildings, palaces and churches with original frescoes, shutters and railings still stand. Visa isn't asked for such directions as Italy if you have U.S. Passport however, you must remember that your passport should have at least 3 months validity beyond your planned date of departure from the Schengen area. If you need to renew it see more information here.

Like many ghost towns, Bankhead was once an industrial town. Founded as a settlement of coal company workers in 1903, it had its stores, public buildings, and a school. Today it is something between an abandoned town and a mountain hike. That's because it sits in Banff National Park, surrounded by the Rocky Mountains of Canada.

Many of Bankhead's structures were demolished after the mine closed due to the strikes in 1922. But this drawback is made up for by the beautiful views on the hiking trail. Nearby is the spa town of Banff.
Passport and Visa Express
Trustpilot
Travel Visa
Express
© 2022 Visa Express Inc